Well... I didn't post much for Fall 2011 Semester since much of what I was working on was personal (portraits), experimental (techniques), and didn't work the way I wanted them to.

The first one is a better scan of the "Centennial Hall Parking Lot" version for my "Parking Lots that were once my home" series. 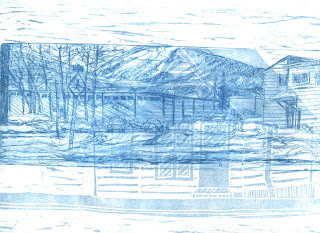 The next ones are of Sierra (my son, Kanon's sister).  I wanted to do commemorative portraits from this last summer which was the first time they ever met.  She was 15 and he was 10, so it was a big deal.  They really loved each other and I hope they will stay in touch with each other for the rest of their lives~  The picture I used for Sierra's portrait was taken by Kanon soon after she arrived (so her eyes sparkle with the excitement of getting to meet him) and the picture of Kanon was the first picture taken with his sister (so he has a sheepish look on his face).  The frames are purposely elaborate and ornate to elevate them from regular portraits. As for the frames themselves, neither of them worked out like I wanted them to...  but I do love the portraits and will keep working on them to make them perfect! 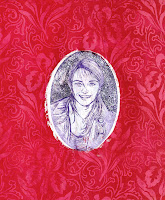 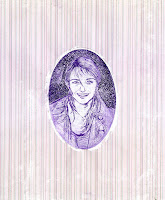 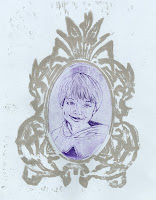 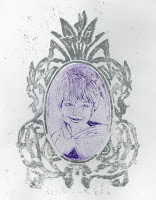