The first of my childhood homes that is now a parking lot...

This etching is of the house on  Basin Road which was the second house I lived in as a child... the first one was on Calhoun which was my address when I was born; they moved me here when I was 3 months old (actually born in CA). No one (that I've talked to lately) in my family can remember what the address was on Calhoun - but I think it was towards the park and not where the apts that were torn down in the 80's-90's. I think that is one that is still standing!

So, from the age of (?) 6 months to 4 1/2 years we lived in the house that no longer exists on Basin Road.  It was right across from what is now a B&B and the Wiley's. I guess my parents were going to buy it but the city condemned it because the foundation was giving way.  It would have ended up in the sandbox in Evergreen Bowl (known today as Cope Park). I would go down the very steep hill to play in the park when allowed.The Wiley's told me the owner had cables running from the house across the road and attached to the hillside to keep it from sliding down the hill - that was after we moved.

That was the 70's when Juneau was a truly small town... everyone knew everyone and the valley was really the boondocks. The building boom happened in the 80's creating what I always thought of as the suburbs (ha!) until I actually lived outside of Denver.

My Dad worked at the State as a Computer Programmer and my Mom opened a macramé shop called "Lois' Hangups" in the Emporium mall.  I would hang out there occasionally... Foggy Mountain Shop opened soon after she did and I would play in the tents and I guess I colored on their walls which they hid with the tents~  There was a toy-maker who had a shop there as well and I would watch him create toys out of wood. 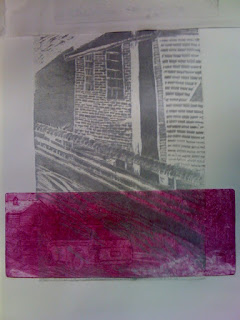 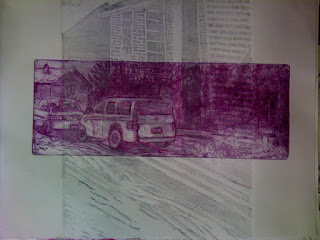 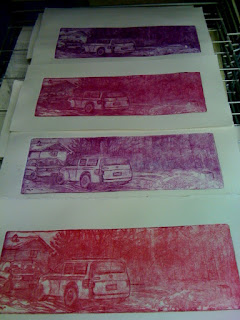